Greatly inspired by some wonderful years spent in Seattle and Vermont, our beer thoughtfully celebrates the fusion of pristine Bavarian brewing tradition with the fresh, hoppy, and absolutely delightful character of the american coasts. To us, our Liquid Gold Lager honors our favorite characteristics in beer and embodies the experiences we hold so dear in our hearts.

We are lucky to be working with our amazing partner Rhanerbräu in all things beer related. Founded in 1283, they are one of the oldest family run breweries in Bavaria - A brewing practice over centuries that has resulted in perfected craftsmanship and truly beautiful, well rounded beer. Every time we taste this delightful and undeniably unique character of tradition in our Liquid Gold Lager, we simply smile.

Learn more about our inspirational beer experiences in the US in our About section!

Being based in Gröbenzell, we offer Liquid Gold Lager beer delivery right to your front door. Simply contact us via WhatsApp at 0170-2222068 to order or send us an email. We’ll do our best to deliver the same day!

Our friends at Frisches Bier are offering delivery service as long as their bar capacities are limited due to current Covid-19 restrictions. Please visit their Website for details on ordering and the complete beer list. Takeaway options at the store are also available.

This is hopcode's creative canvas and realm in which ideas become reality. The Playground Project is our inspiration to be our inner child and give our thoughts the freedom they need to be organic, original, and influential. It's the foundation to all of our collaborations, projects, and events.

Tune in to what
we're listening to!

If you have ideas for collabs, feel free to reach out!
You can sign up for our newsletter to stay up-to-date.

hopcode is inspired by friendships, wonderful international experiences, and many lifelong memories.

Since starting out as a father-son beer project blending U.S. and traditional German brewing styles, hopcode has evolved into a brand with the pursuit of bringing like-minded individuals from a variety of creative fields together to support, integrate, and produce projects in the communities in which we find ourselves in. We do so by giving ourselves imaginative freedom and building on our passions in fields like beer, food, urban design, art, and music.

Ideas that become reality will be displayed as a part of our Playground Project.

We stand for a community based on creative and supportive collaborations. 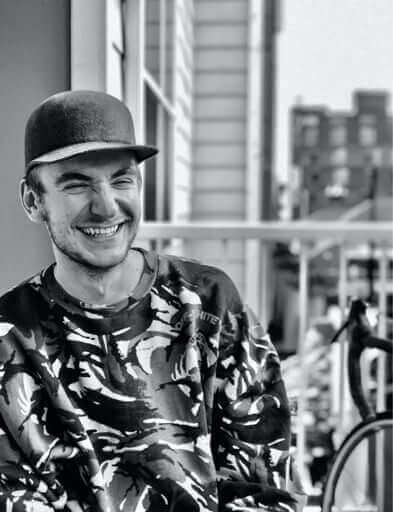 I want hopcode to embody me and my experiences. That means, in many ways, a blend of German and American culture.

I draw a lot of my inspiration from some incredible years I was lucky to spend studying and living in the United States - a place so special and for me full of amazing memories and dear friends. Attending the Colorado Rocky Mountain School nestled in the beautiful Roaring Fork Valley first introduced me to what it means to be part of a supportive community, explore skills broadly, and build on my passions attentively. I think of that place as an influential turning point in my life I never dreamt of until I was there. After finishing school in Colorado in 2015, my path led me to the city of Seattle, WA where I attended the University of Washington. I spent my time in Seattle studying a major called Community, Environment, and Planning (CEP) in combination with a minor in Entrepreneurship. CEP falls into the field of Urban Design & Planning, which opened a world to me of exploring how local communities influence cities and how, for example, urban art projects directly increase the livability of neighborhoods. Combined with the more business-oriented minor in Entrepreneurship, I often thought about the impact companies can have on their local communities. For my capstone project, I explored how independent breweries create local change in their neighborhoods and create a community based social gathering space.

Throughout my college career I had the chance to spend a good amount of time in the awesome town of Burlington, VT. By many, Vermont is considered to birthplace of the modern craft beer movement. Regardless of history, it was certainly the birthplace of my love for independently, beautifully crafted beer. Experiences breweries like Fiddlehead Brewing, The Alchemist, and Foam Brewers showed my how greatly beer can be utilized to create a culture around shared passions and evoke joy.

Jumping forward in time to when I am writing this text, more than ever, I realize how much I want hopcode to be a platform for my insights to intersect with my passions and those of my friends. In fact, I'll have a beer to that!

Hop over on our Instagram and accompany us on our journey!

We would love hearing from you via email with any questions, feedback, collaboration inquiries, or a simple hello!

Become part of the hopcode community by letting us add you to our contact list! Leave your email below and we will inform you thoughtfully about events, releases, and various creative projects.